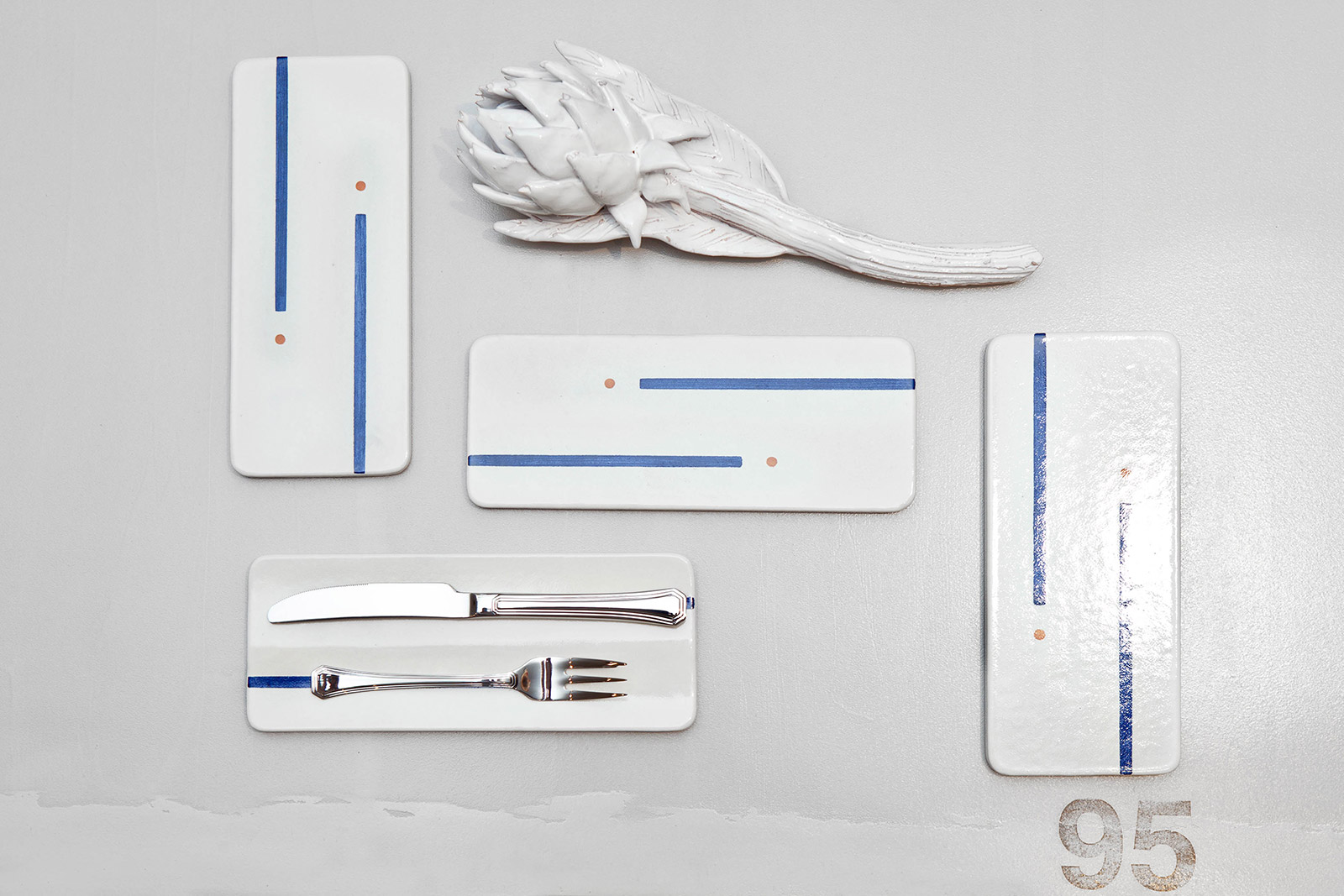 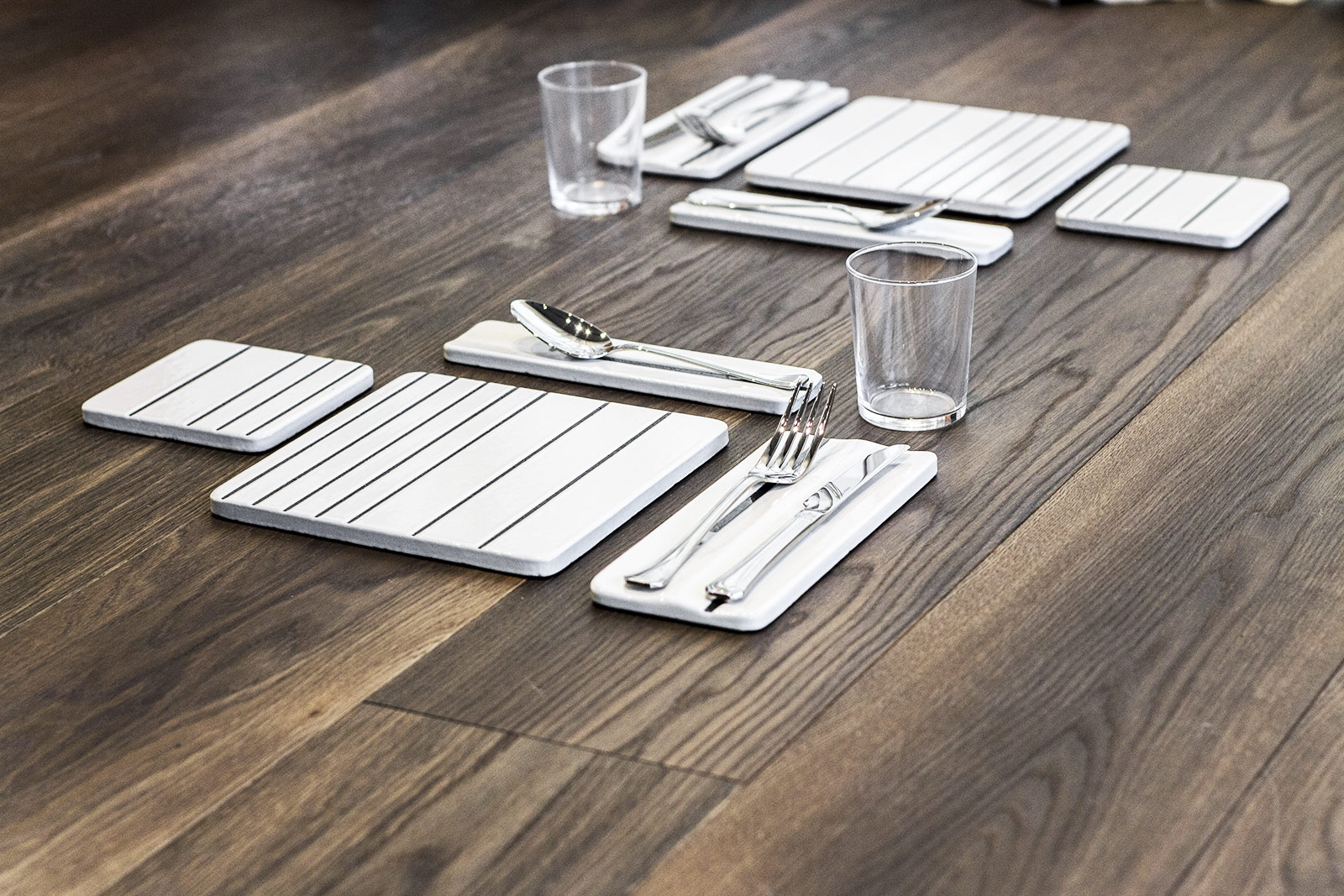 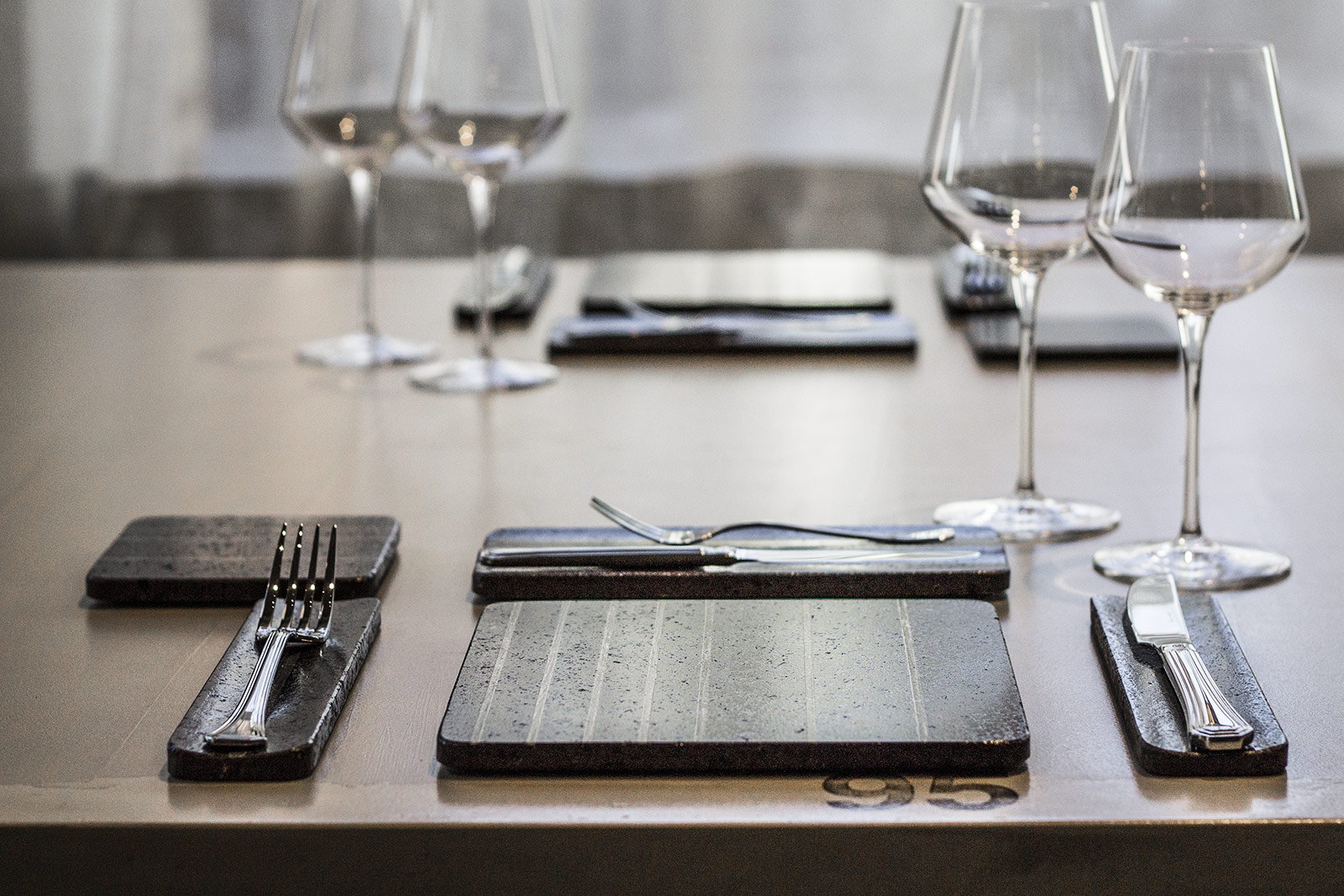 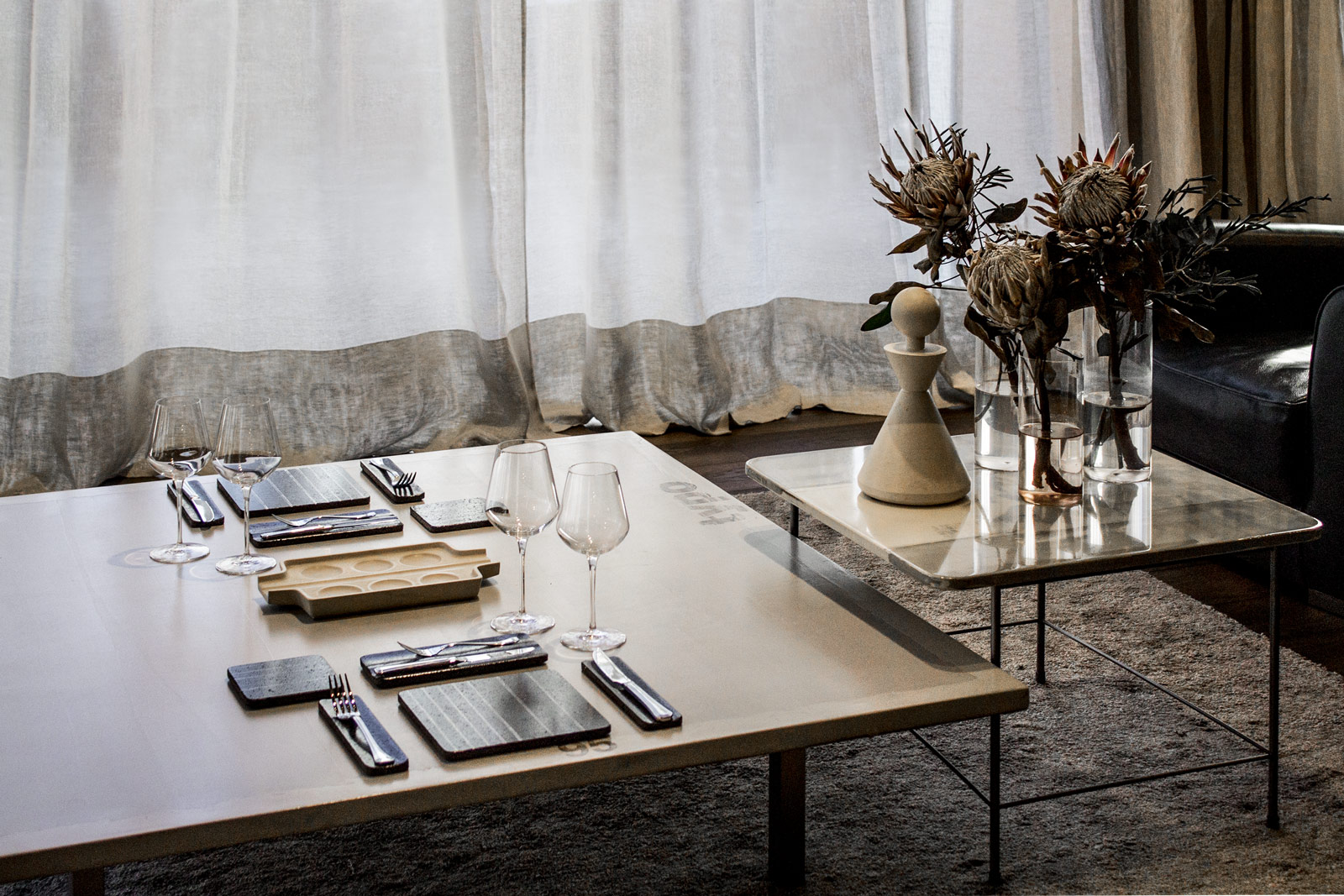 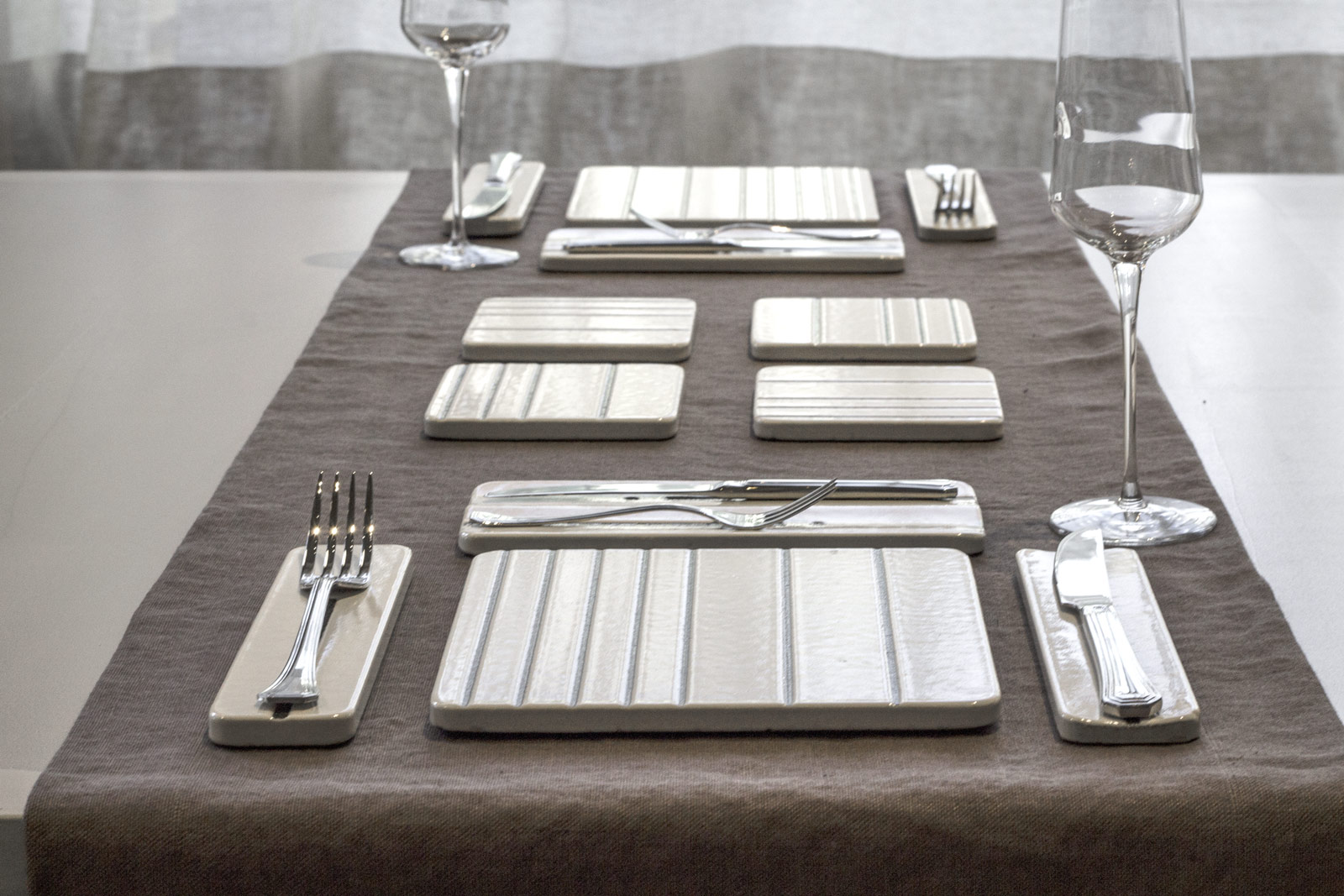 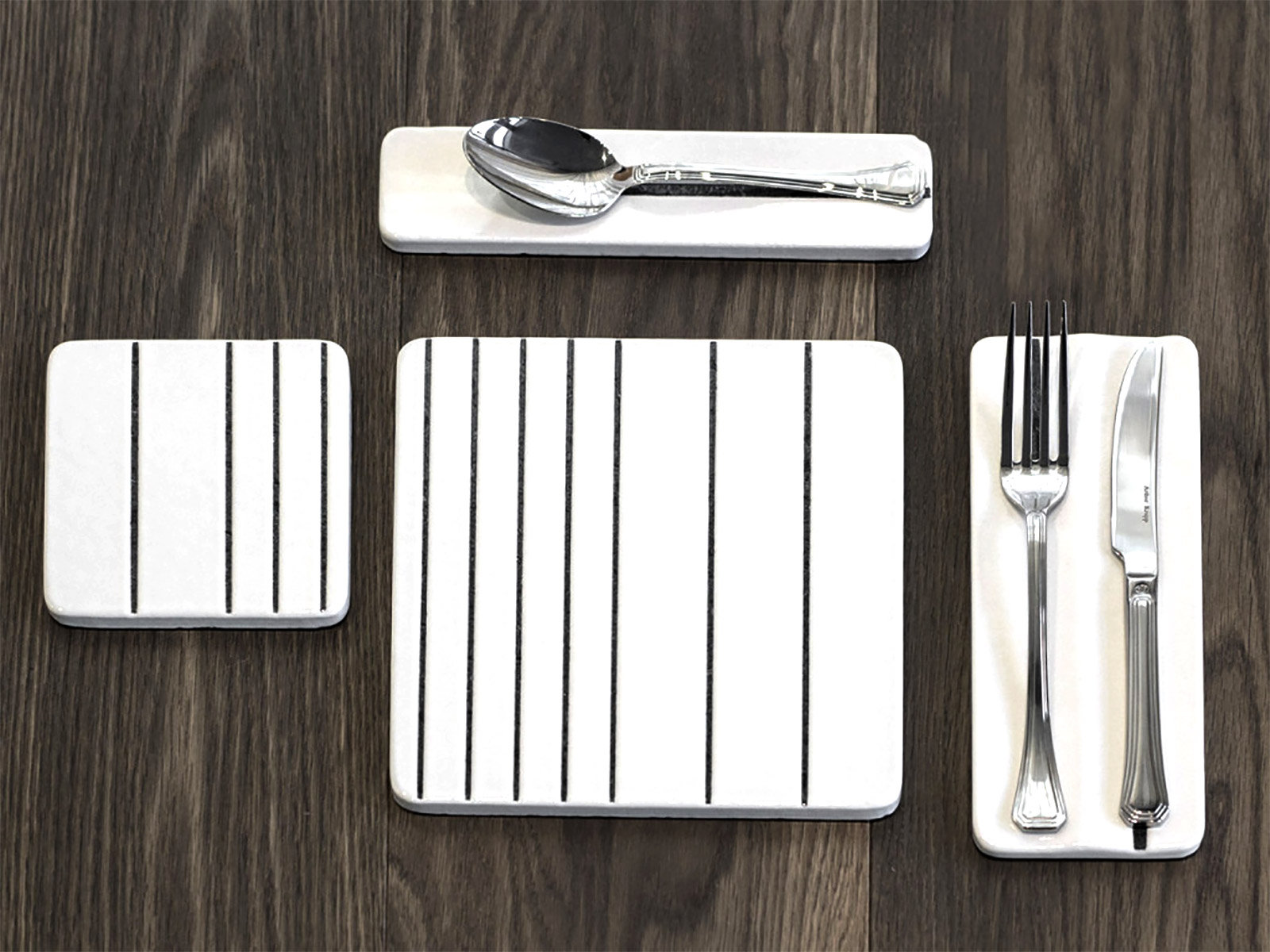 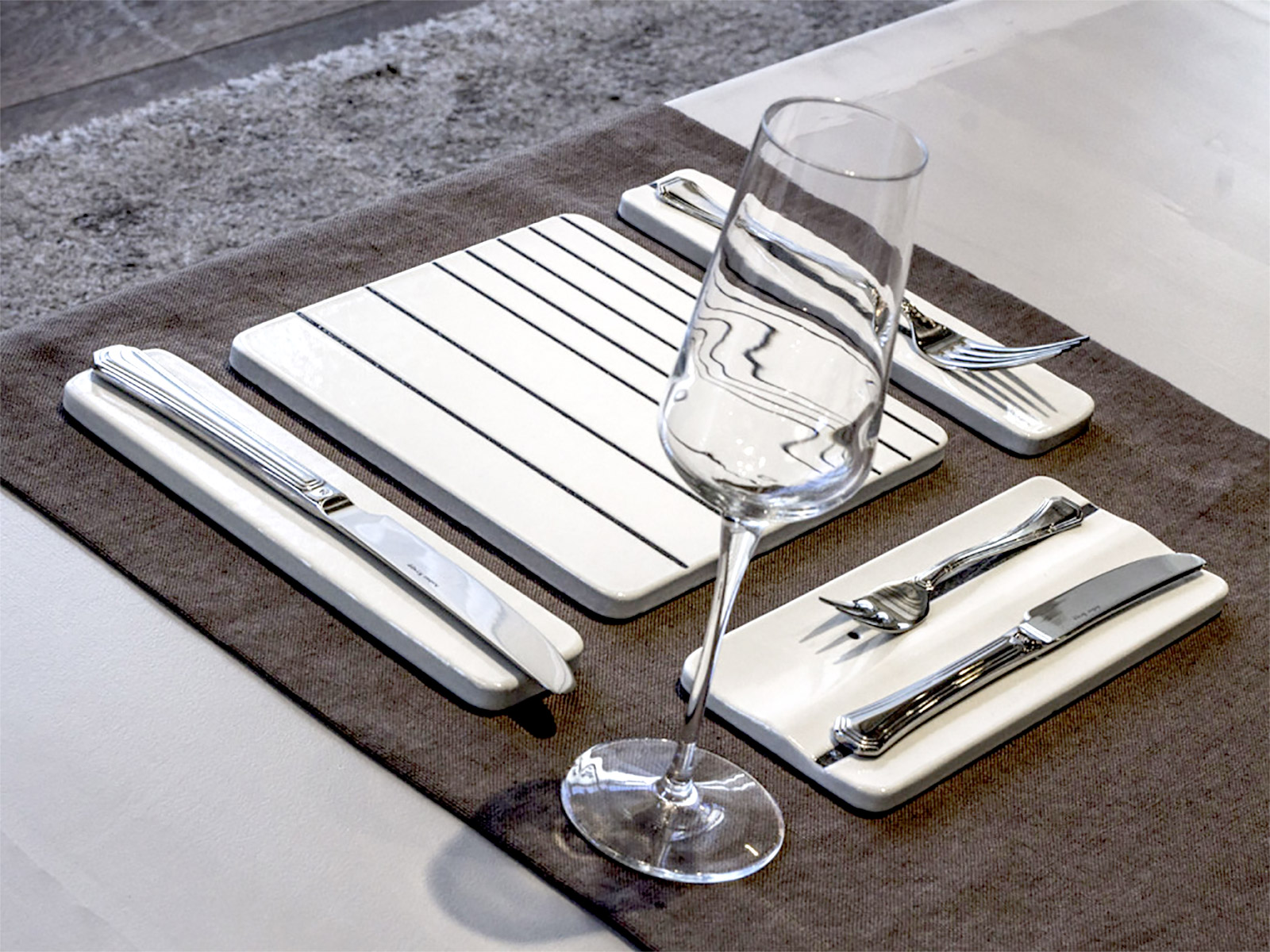 Made a Mano reinterprets the table as a cultural and social symbol, as rediscovery of the ancient traditions intrinsically bound to the Italian culture of décor and beauty.
“The lava stone is a material which encloses an ancient tale, made of historical and geological eras. Through the Isole Collection the lava stone is elevated to noble material, not more as simple decoration but as a real protagonist of the Imbandigione, now officially worthy of sit at the table.”

Above the plate we find space for dessert cutlery, the number of which varies according to the courses. The side of the cutlery must be placed according to a given set of rules.
Think about which hand you would take it with: fork with the handle to the left, knife and spoon with the handle facing right.

From the re-interpretation of the rites of the table and its characteristic elements, comes the tableware collection “Isole”, result of the collaboration between Made a Mano and Scene Mediterranee, under the artistic direction of NCB Architettura [Milan], interpreters of the Mediterranean styles and traditions.
The name of the collection is a tribute to the region of Sicily. The graphic signs drawn or carved by the hands of skilled craftsmen on the bare matter suggest how to use the elements: sequences of lines retrace the act of collecting or slicing, “dot and dash” show the correct direction to place the tools for the dinner.