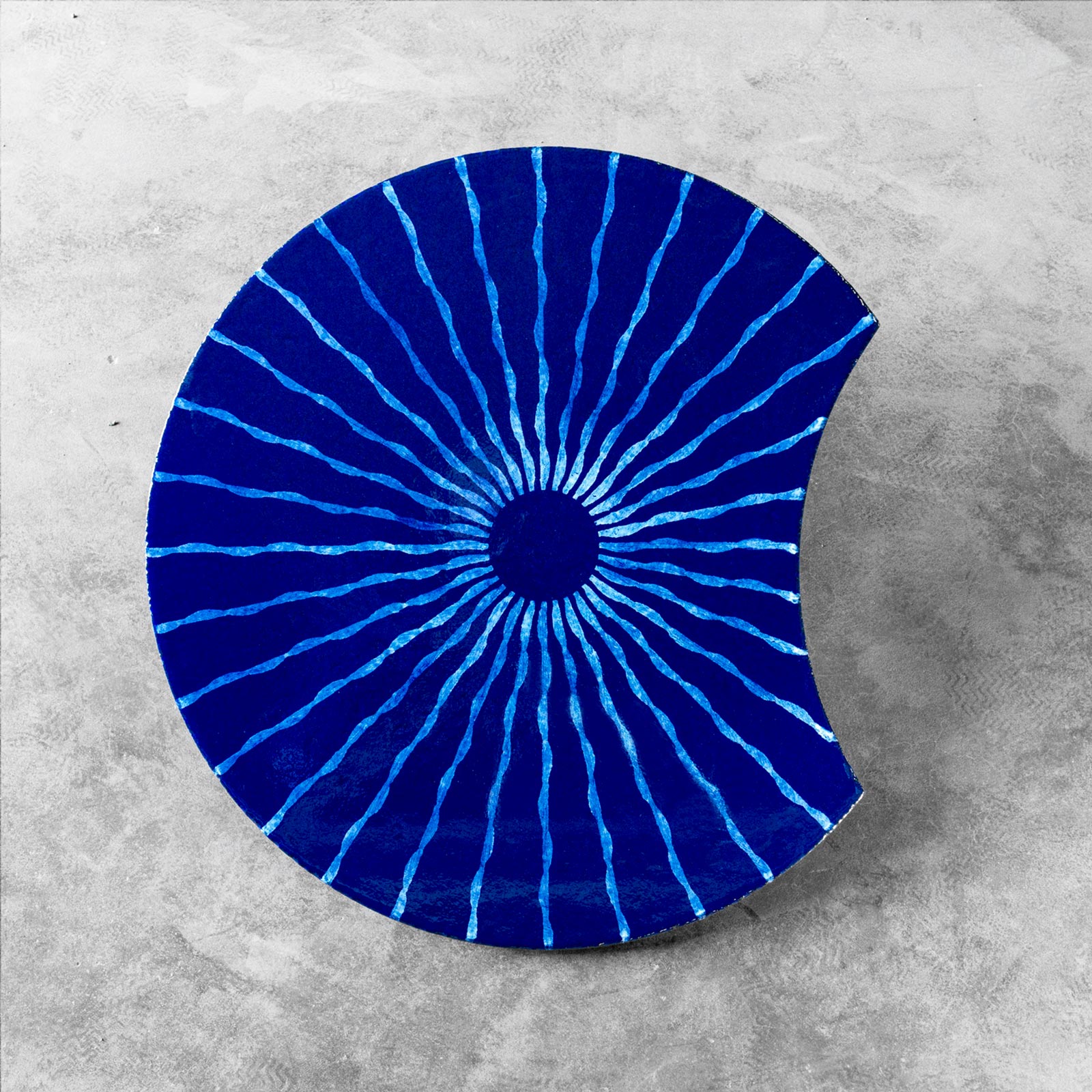 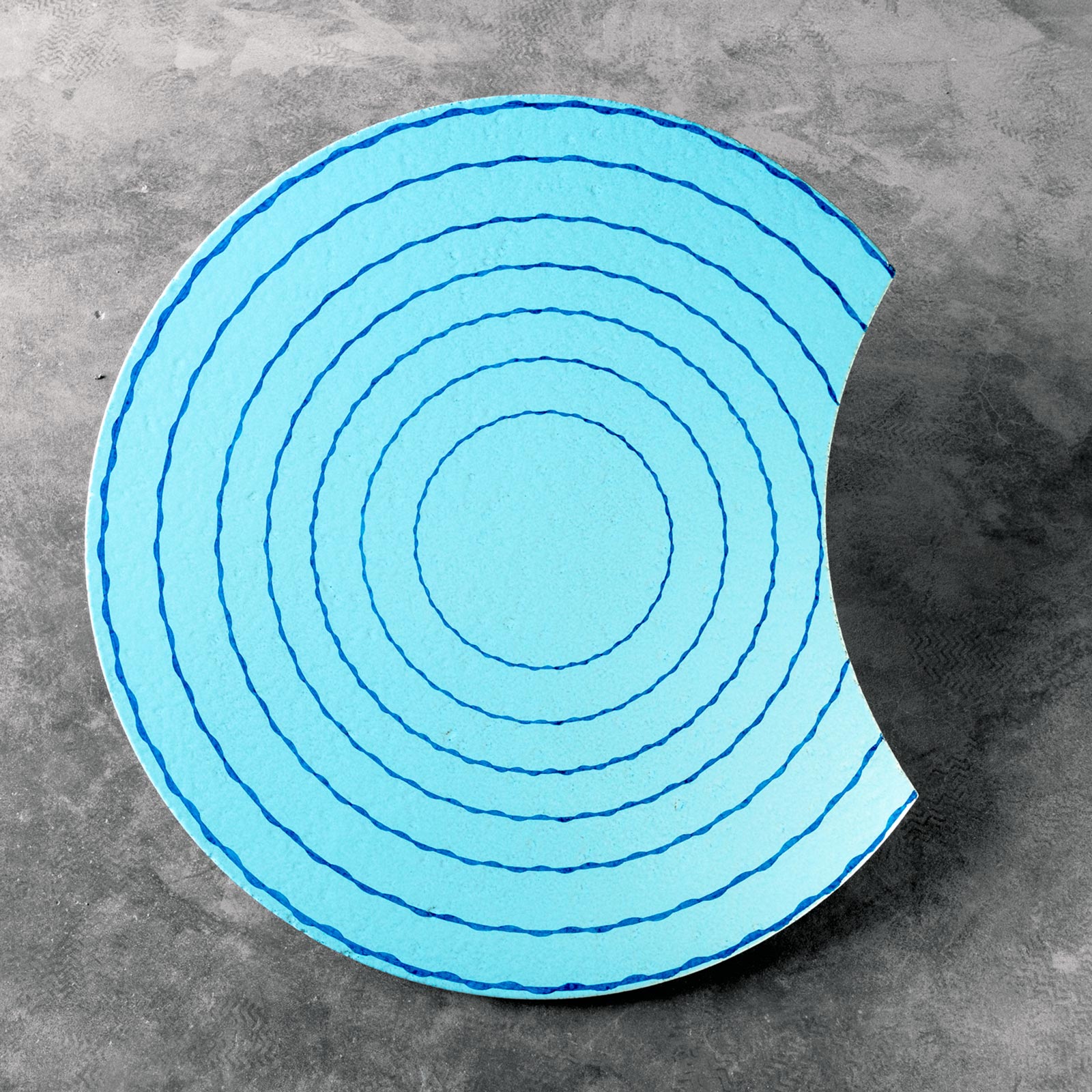 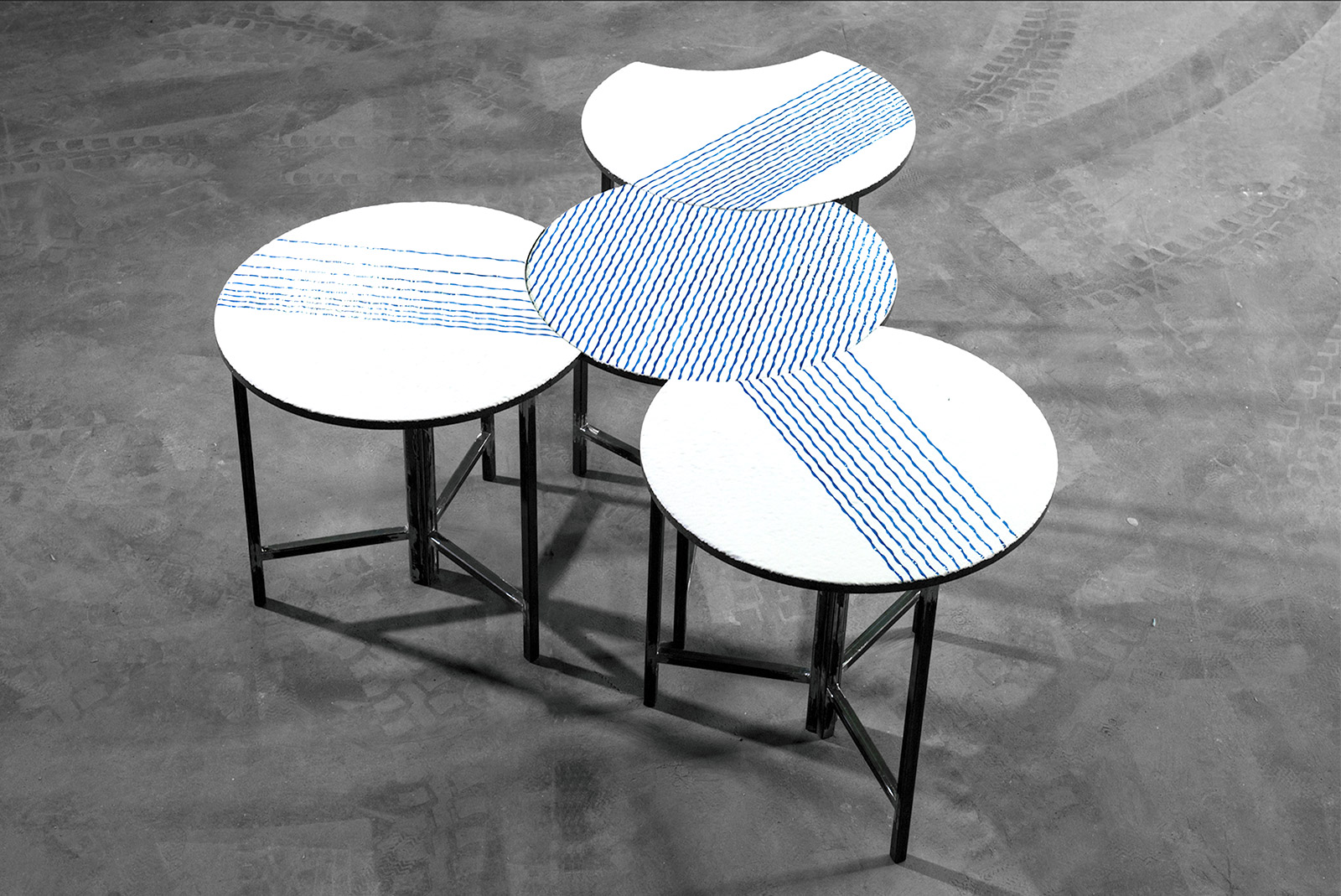 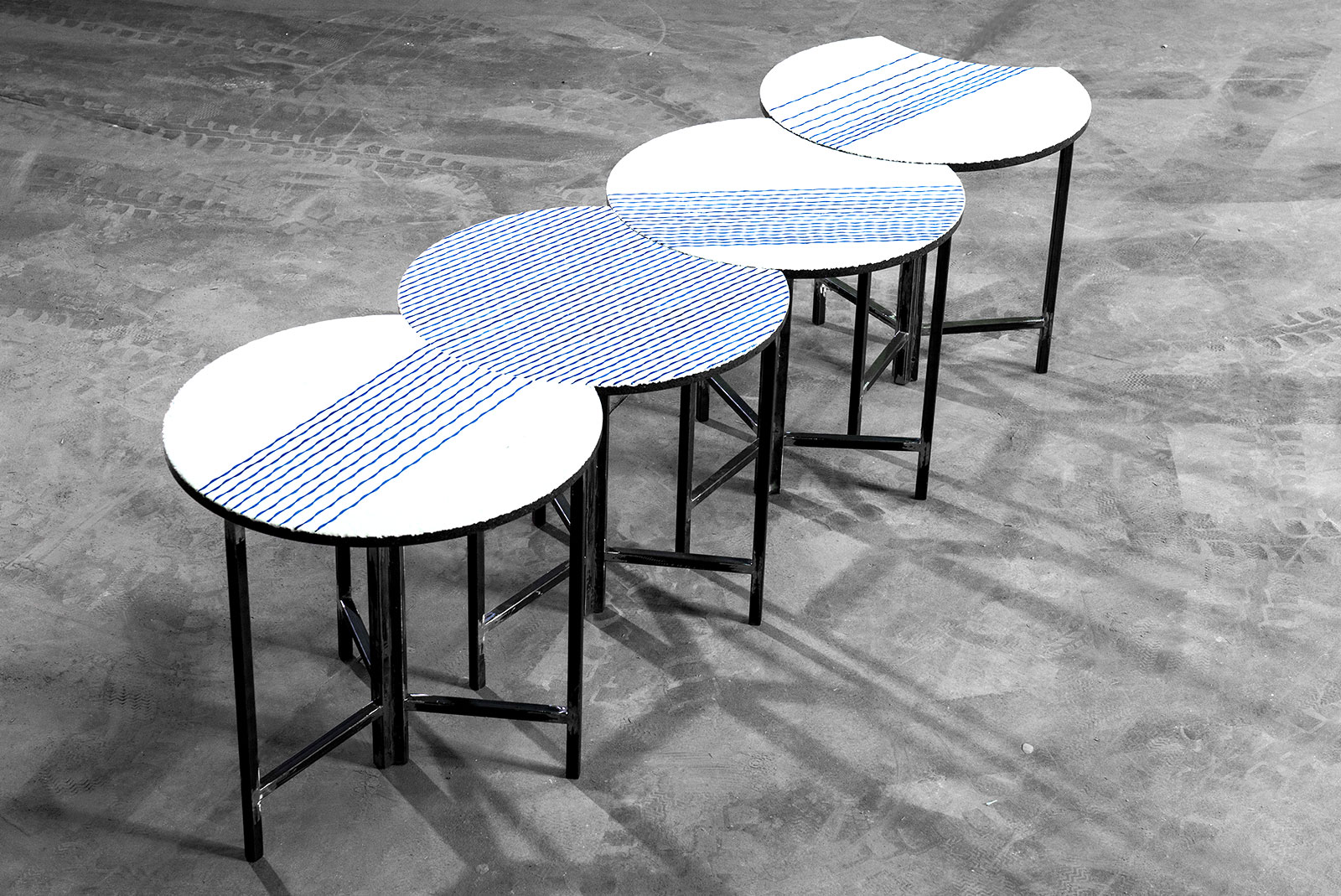 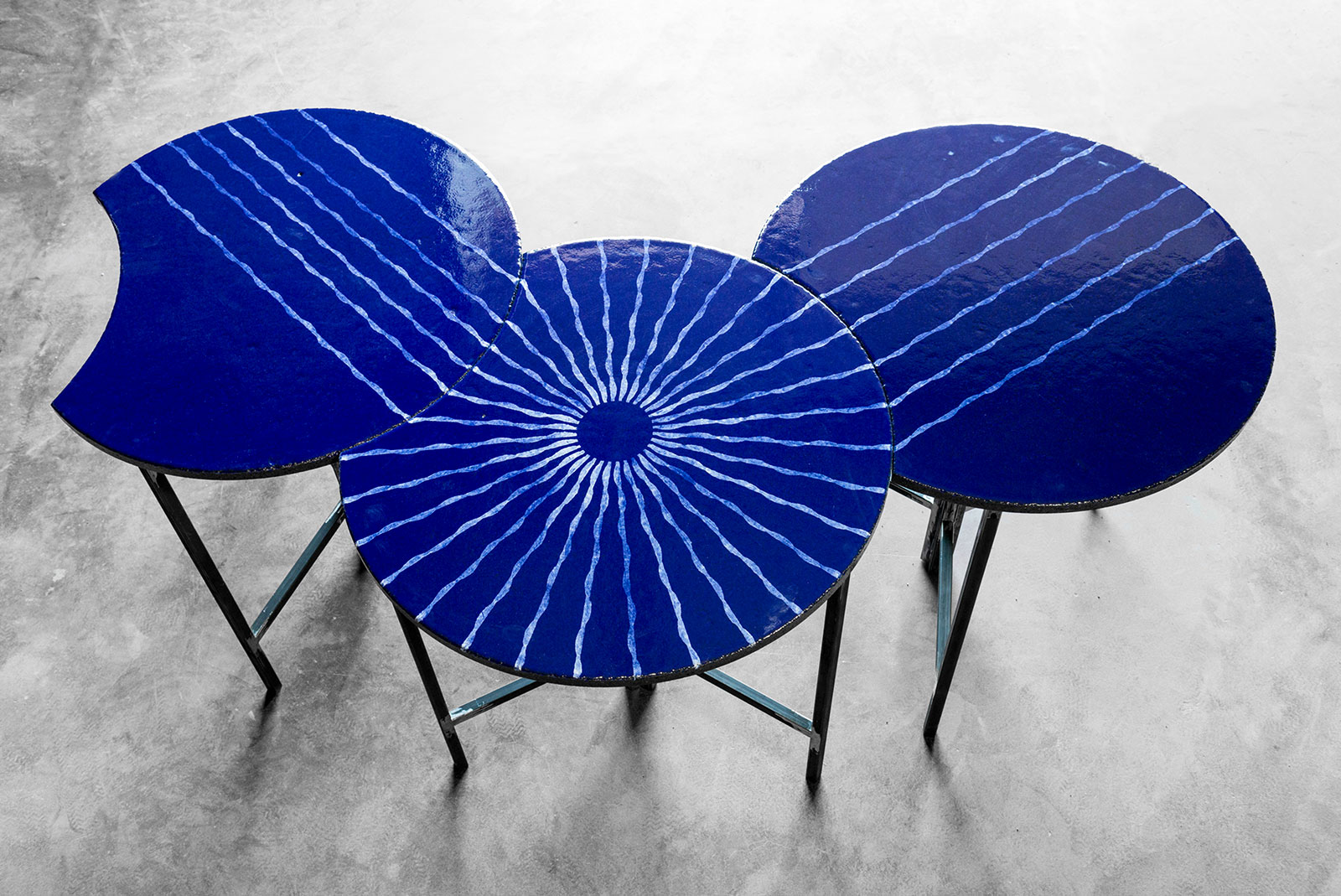 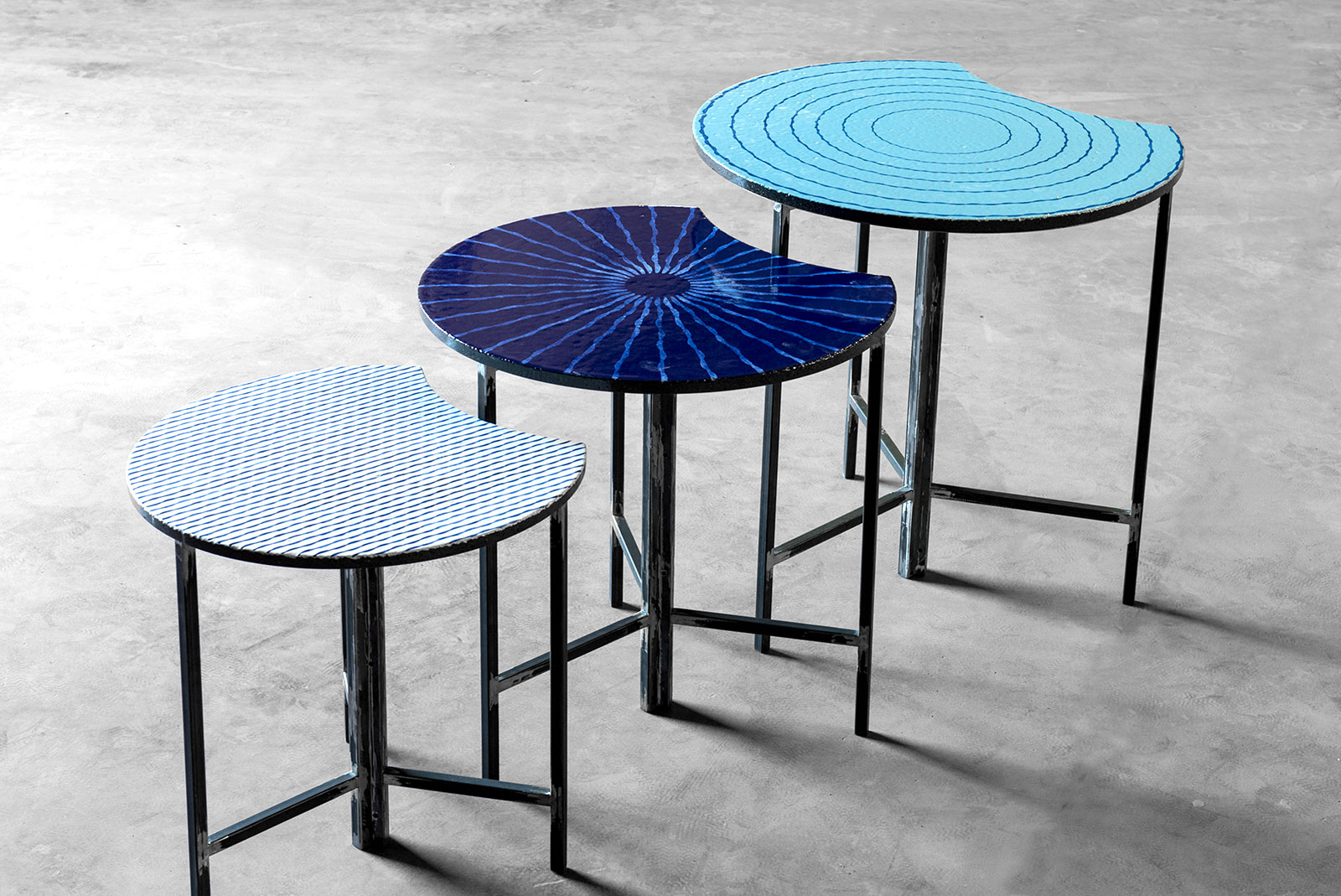 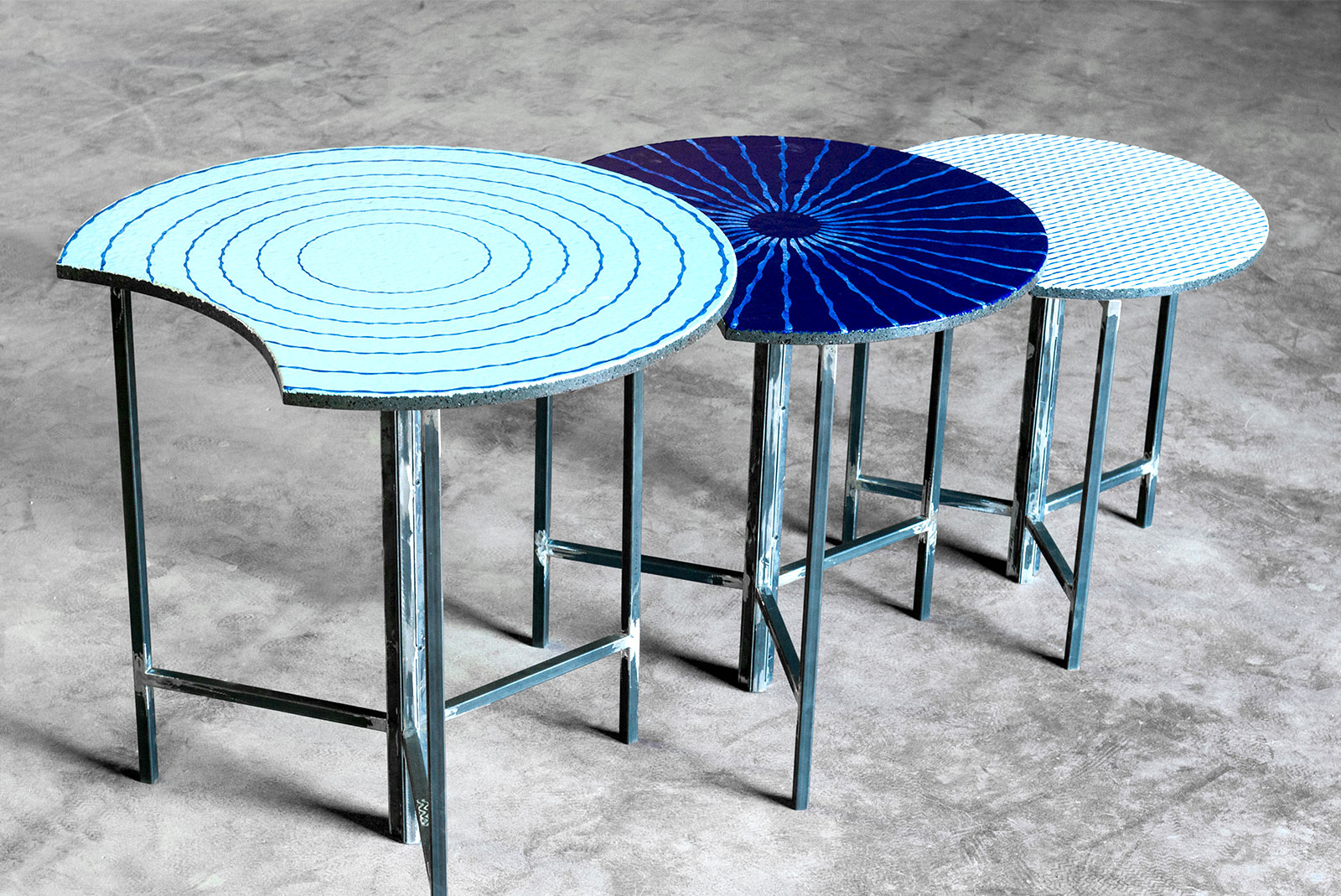 Rosario Parrinello has been inspired by something which made the warlord and his army famous, the Macedonian shield. By its round shape and its masterfully defined cuts, it used to allow the warrior see and be protected in all his movements. This object was an integral part of the warrior’s defense and crucial instrument for occupations, which reached the China borders. No warrior was as attached to his shield as he was manufactured in his own land, as keeping his country, his origins, his habits with himself.
There are many similarities to our design product, offered and planned in Made a Mano research offices in Caltagirone (Sicily). Its name is MaKè, synonymous with “Makedonia”, a round, modular lava stone plan, sunken in a part and for this reason modular.
Made in glazed lava stone, highlighting old-looking finish enriched by several patterns of madeamano© collection, fully hand painted.
MaKè, can be used as tables top or as insert for floors and facades but always in glazed or natural lava stone. Cut working occurs for matters of precision and modularity with water-jet cutting, laser controlled. Glazing and painting are part of madeamano© standard.
The customers can ask for there own customization and other madeamano© techniques and patterns can be used such as NOVECENTO or KOMON TATTO collections, which will be hand-made as usually, by the traditional processing techniques which made Made a Mano Srl™® and Caltagirone unique and inimitable.

#made a mano design#make#rosario parrinello
(
) 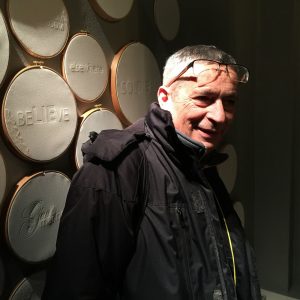